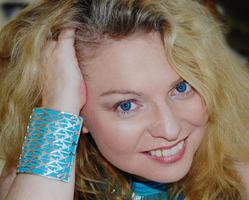 early in life. From an early age I was independent, working menial factory jobs to

support myself through an education and the dream of a career. My awakening came

while working in a chicken processing plant. The only motivator was to escape this trap

and acquire an education. The long repetitive hours made more determined to pursue

my dreams.  I now hold a degree in Computer Science and an Associate degree of Arts

Eventually, unsatisfied with what the world presented, I spent over six months living at a

Buddhist centre which changed my life, mindset and spirituality. This also gave me the

clarity to recognise that art is not a choice but a calling.

events both nationally and internationally. Last year I showed in over 50 events!

to name a few places!

been screened all over Australia and the world since 2006!

My work continues to grow and evolve pushing the boundaries at every opportunity.

Says the artist about whether:

I am influenced by Street Artists such as Bansky and Beejoir who fearlessly portray alternate views. Their courage inspires me to be fearless in expressing how I truly feel.

These artworks are inspired by my personal understanding of the world I inhabits and my own journey. The poetic visualisations portray the essence of my experiences and are translated into artworks that aim to touch others emotions and speak to their very core.

My work deals with deeply personal aspects of my life. I hope that my art goes beyond the borders of the human condition and speaks the truth in a universal way.

Grinding away at the heart we search for the light within, clouded by deeds, thoughts, feelings of darkness and a blurred reality we look for our true self.

I am dedicated and determined to make a difference in this world, my work is complex and intense. Images linger. The more you look, the more you are drawn into their hypnotic spell. On all levels, my work aims to resonates with the senses.

far and wide.  I aim to reach out and make a positive difference.  My art shows regularly in NYC, LA,