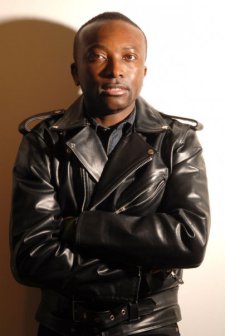 As a painter, Francis Akpata strives to depict what Immanuel Kant described as
&quot;the sublime&quot;- a work that stretches our imaginations, going so far beyond our
normal expectations that it changes our perception of the object or subject.
Mr Akpata primarily uses three techniques to give objects, subjects, and feelings
a transformative perspective, Expressionism which he used for the “Queen”,
Cubism used for “His Epileptic View” and Abstract Expressionism for
“Meandering Seamlessly”.  Mr Akpata studied Philosophy at Kings College
London and studied painting at the City Literary Institute.

I have always had a creative sense and started painting when I was about 9 years old. I
studied Philosophy at Kings College London and focused on Aesthetics. After graduation, I
studied painting at the City Literary institute and Walthamstow College.
As a painter, I am interested in how we represent what see externally and what we feel or
contemplate about subconsciously. My artistic style is an amalgamation of Fauvism, African
Sculpture and Russian Suprematism. I am constantly experimenting with new techniques
and themes.
In London, I live in Shoreditch which is like an artistic hub. I initially used to exhibit in the
area and then discovered a group called Artbelow who exhibit in galleries and combine that
with putting posters of the paintings in places where there would have been advertising (bill
board posters and train stations).
I am now primarily focused on international exhibitions in cities like Vienna, Los Angeles and
Shanghai.
In November 2017, I received a prize at the Mantova Bienalle.

I try to superimpose elements of rhythm and harmony in my paintings while
attempting to achieve a delicate balance between the figurative and the abstract. I
never begin with a preconceived final image in mind. Instead, I work by combining
austere rigour with unbridled fantasy.

I believe contemplation facilitates revelation. Through thought and observation, one
can grasp the essence of nature and depict that rhythmically. I aim to replicate the
osmosis of nature.

I want my paintings to present an optical dialogue; each patch of colour is part of a
dialectic process where every surface is trying to establish itself. They reflect a
conflict between luminosity and density, a struggle between quantity and quality and
the tension between gravity and lightness. I aim to strike a pulsating equilibrium
between all the forces at play.

Pointillism and juxtaposition are both fundamental to my technique. I implement
pointillism without attempting to reconstruct the optical phenomena of light. I aim to
create depth and movement by juxtaposing varying shapes and colours, combining
them to depict a theme important to me at that time.

I tend to paint an abstract piece followed by a representational one afterwards.
Alternating between these two styles enables me to maintain stability between
subconscious imagination and conscious rendition.